Breaking the Banking Mold:  The Current State of Affairs. 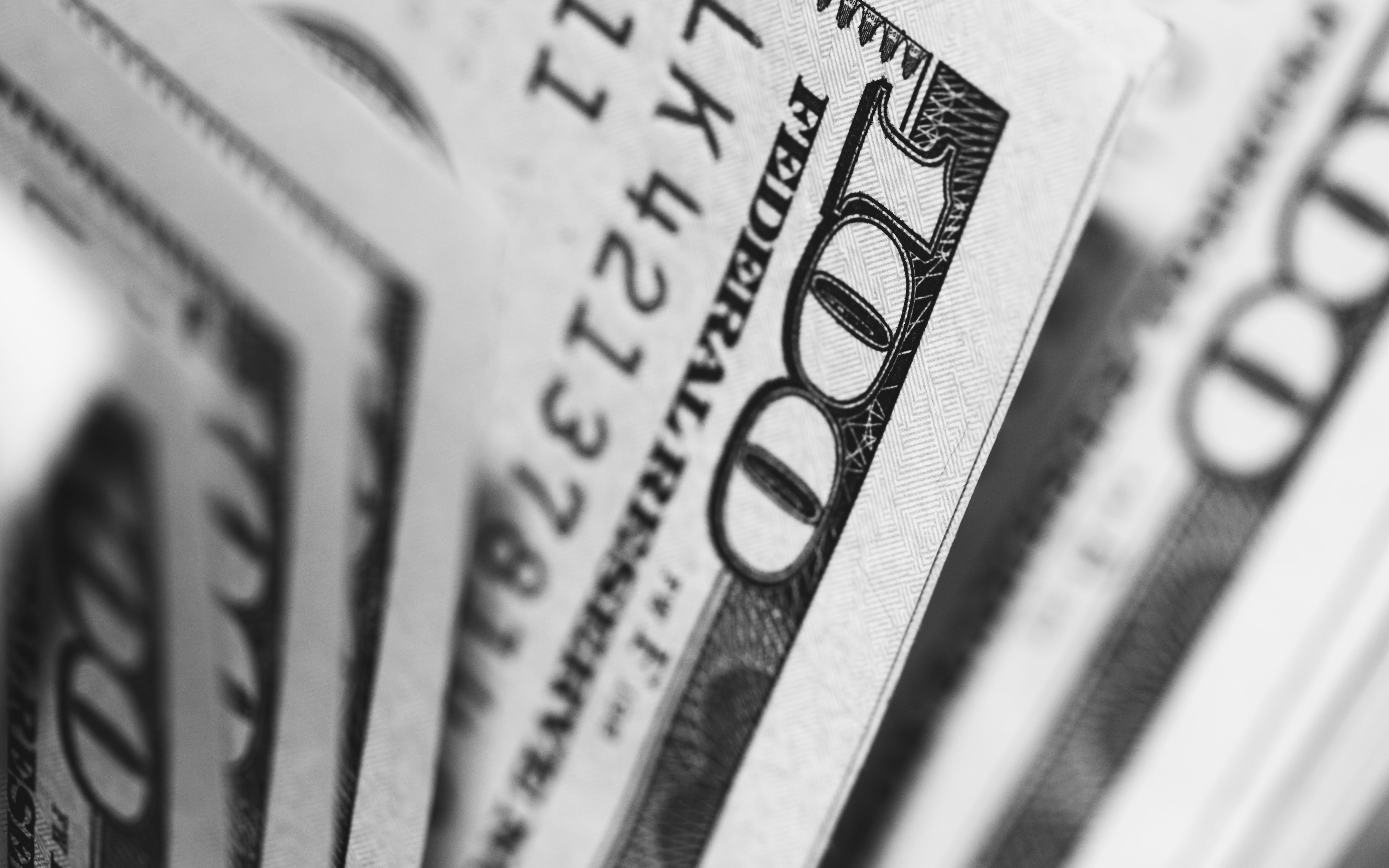 The Banking Business Model, In Detail – Part I: Cross-Border Payments

Everything has already been invented. How many times have you heard this said? It’s true that since the start of the internet revolution, creating new business ideas seems to be less of a daunting prospect and a increasingly attainable option for all. As a result, it now seems especially difficult to create new added-value services.

Many business models have evolved to different angles: thanks to Uber anyone can become a taxi driver, with Airbnb, homeowners can easily make a little extra income by renting out their apartments, and if you dream of being a courier, Glovo now offers you that ability. These business ideas didn’t attempt to reinvent the wheel, they just looked deeper into the old business model and pinpointed the part of the value chain they could add more value to in order to build revenue. And that’s exactly what has been happening within the banking industry in recent years.

“History does not repeat itself; but it often rhymes”. – Mark Twain

Currently, non-banking companies are targeting the most profitable parts of the banking value chain and building new business models based on those improvements. According to McKinsey’s 2015 Global Banking Annual Review, banks earn around 20% ROE from origination and sales processes, and around 4.4% ROE from their core business of financing and lending. Within origination and sales, there are sub-segments such as investment banking, transactions and payments and asset management. On the provision side, there are segments related to the bank’s balance sheet such as lending, accounts and deposits.

Payments is currently the richest segment accounting for 33% of total revenues, followed by asset management at 32%, both before tax-profits.

When looking more in-depth at payments, retail and wholesale payment transactions (including cross-border payments and remittances) they are clearly the part of the value chain that is generating most revenue for banks.

According to McKinsey’s 2015 Global Payments Map, cross-border payments represent 20% of the global payments flow and 50% of transactional revenues. For many years, cross border payments went through a correspondent banking system, mainly assisted by SWIFT messages based on the ISO20022 standard.

This standard describes a common platform for the development of messages (including methodology, process and repository) and it is used to execute the following financial initiatives: payments, securities, trade services, card transactions and FX.

The correspondent banking system enables domestic banks to transfer money and make payments on behalf of foreign banks. So compared to a national payment, when a user makes a cross border payment, the banking system, by default, involves at least 2 additional players, and these players are known as correspondents. 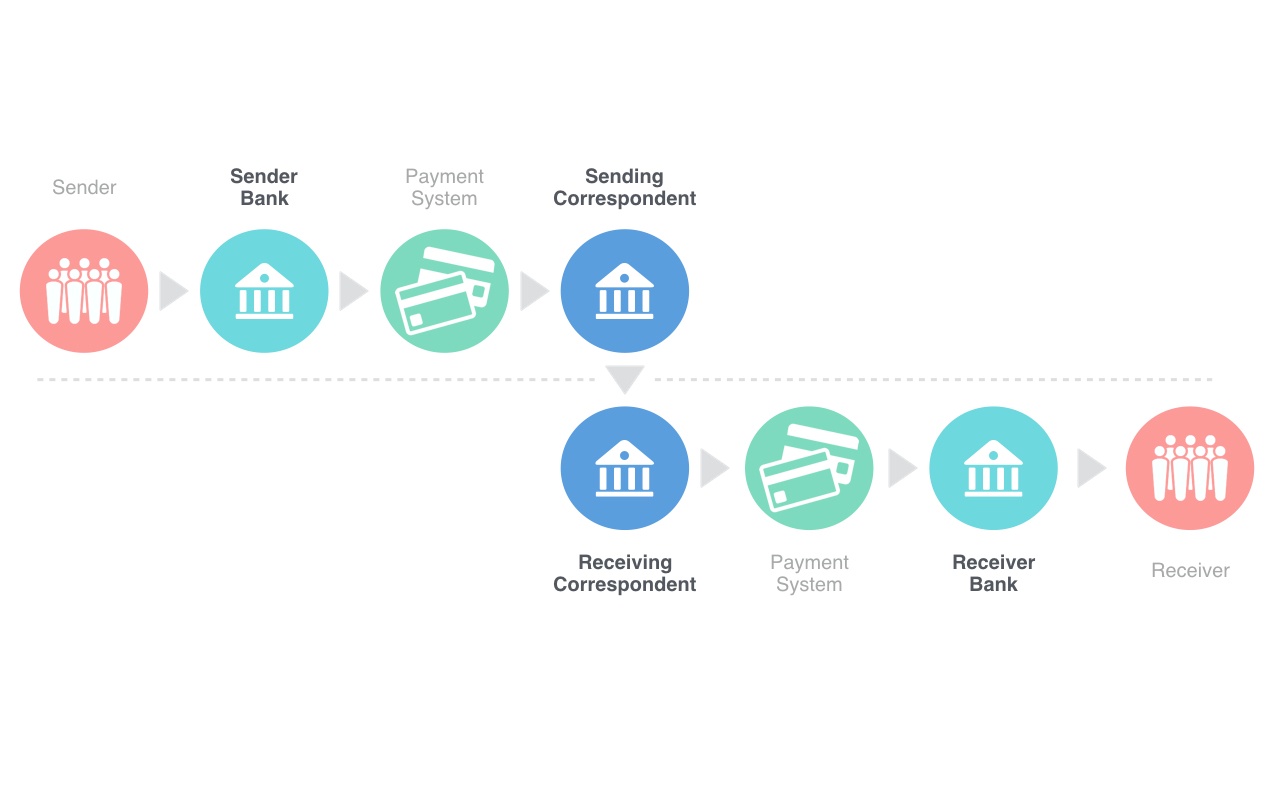 Before any transaction or payment is materialized on each account, there are internal communications in place between players, carried out by SWIFT messages for the most part. By way of example, once an international transfer is executed the following messages are delivered:

-  Sender bank sends a MT103 to the Receiver Bank including information about the transfer and from which bank they will be receiving the funds to cover the payment to the beneficiary.

- Sender bank sends a MT202 to the its correspondent (Sending Correspondent), to clear and settle the payment at inter-bank level.

This process can become more complex, depending on the individual case. The whole process usually takes between 3 and 5 business days, especially for those banks that don’t employ STP (Straight Through Processing). Besides, foreign exchange rates and pricing are not defined until funds are in the recipient’s account. Relying on all these different players typically comes with low long-cycle times, high operational costs and certain friction to track payment status when funds are ongoing.

From an efficiency perspective, it looks like there is a gap for improvement. And revenue is also a positive argument to push this segment for disruptive innovation.

It seems like a market ripe for disruption, is there any improvement on the status quo?

This reality has reached traditional providers, the prime example of this being the Global Payments Innovation Initiative (gpii). This was launched by SWIFT, forcing banks to behave more reasonably in relation to cross-border payments and dramatically improves the customer experience. This initiative is currently in its first phase, and it is focused on improving speed, fee-related transparency, end-to-end tracking and also providing consistent remittance information during the process.

According to SWIFT gpi, there are currently more than 110 banks undertaking gpi implementation projects worldwide, covering around 75% of SWIFT cross-border payments.

What about new players?

Since the blockchain wave started, this technology has synchronized with many different ecosystems: currencies, smart contracts, security, insurance, lending, etc. and of course the payments industry. An example of this is Ripple, a Fintech company that is currently using a subset of blockchain technology to increase efficiency, transparency and costs in cross-border payments. Based on the distributed-ledger paradigm, they allow banks to message each other in real-time to confirm all payment details before initiating any transaction. With Ripple, they can find the best price for exchange and liquidity, reducing the cost of wide spreads for the final user. As soon as all details are acknowledged, payment is initiated and confirmed as soon as it settles.

They also maintain the benefits of having a banking-centric business model, allowing banks to connect to its network instead of the final customers. This has helped them to keep banks’ trust and regulation acceptance.

As a result, they have announced many global banking institutions as partners, for instance Santander UK, Canadian Imperial Bank of Commerce (CIBC), Swiss-based UBS, and most recently, National Bank of Abu Dhabi (NBAD), which has become the first bank in the Middle East to partner and innovate with them. 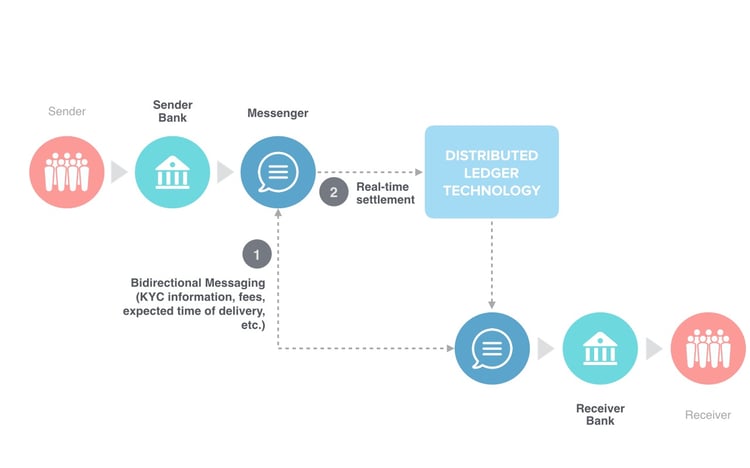 What are these new players bringing to the table?

Together with price, accessibility and response time have become some of the key factors in consumer usage. That change of mindset becomes implicit with a revolution on current business models and consistently on-demand services. It’s thanks to new technologies that users become increasingly accustomed to immediate goods provisions and services. And in the case of payments, mobile technology and connectivity are fundamental elements the ‘right here, right now’ philosophy of modern innovative ideas.

The traditional payment structure faces several handicaps when it comes to going down the on-demand route, owing to a less- flexible legacy infrastructure and longer processing times for transactions. New players fit efficiently into the solution gap, given that they invest in business models with pivoting capacity and high-level technology.  The invitation for competition continues. 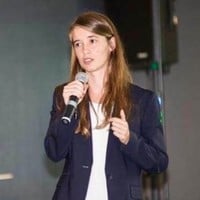 Estefania provides product vision and strategy based on an in-depth understanding of customers and the needs of the market. With additional experience in the sales area, and having worked for leading digital core banking software and consulting firms before joining Strands, she has extensive experience in offering high-quality technical and business insights. 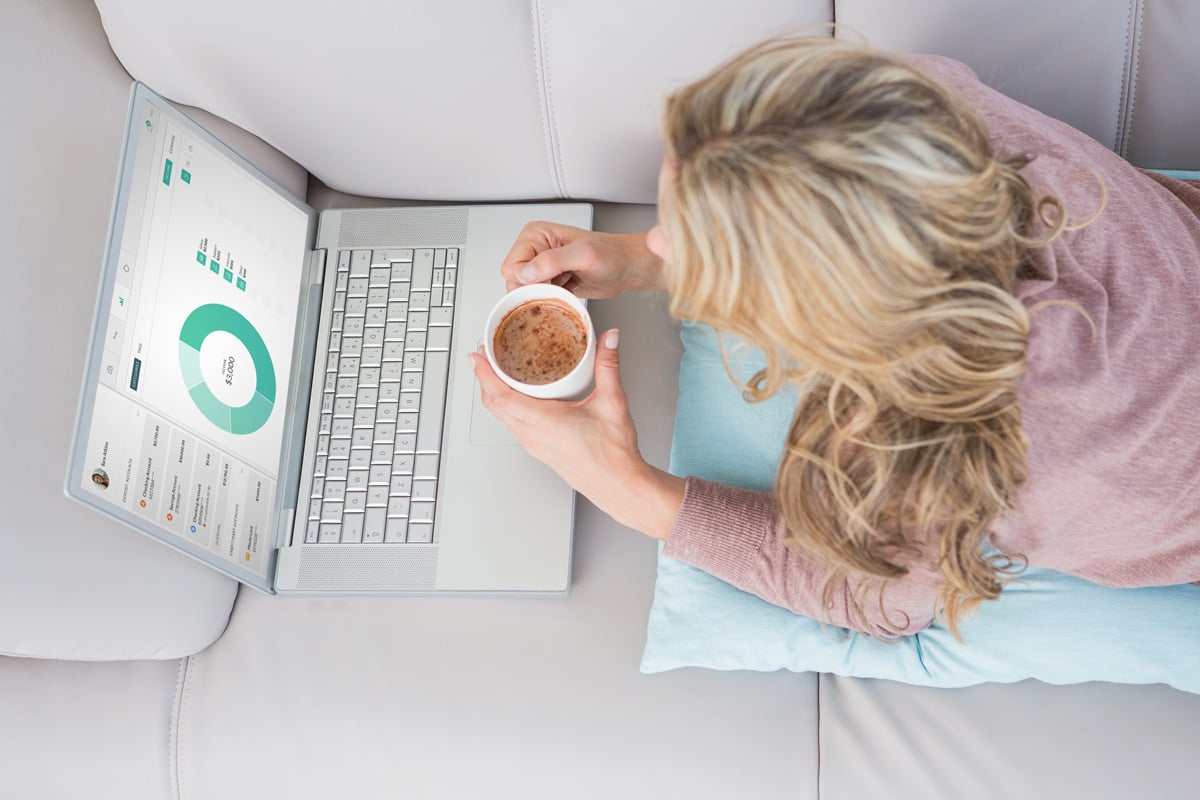 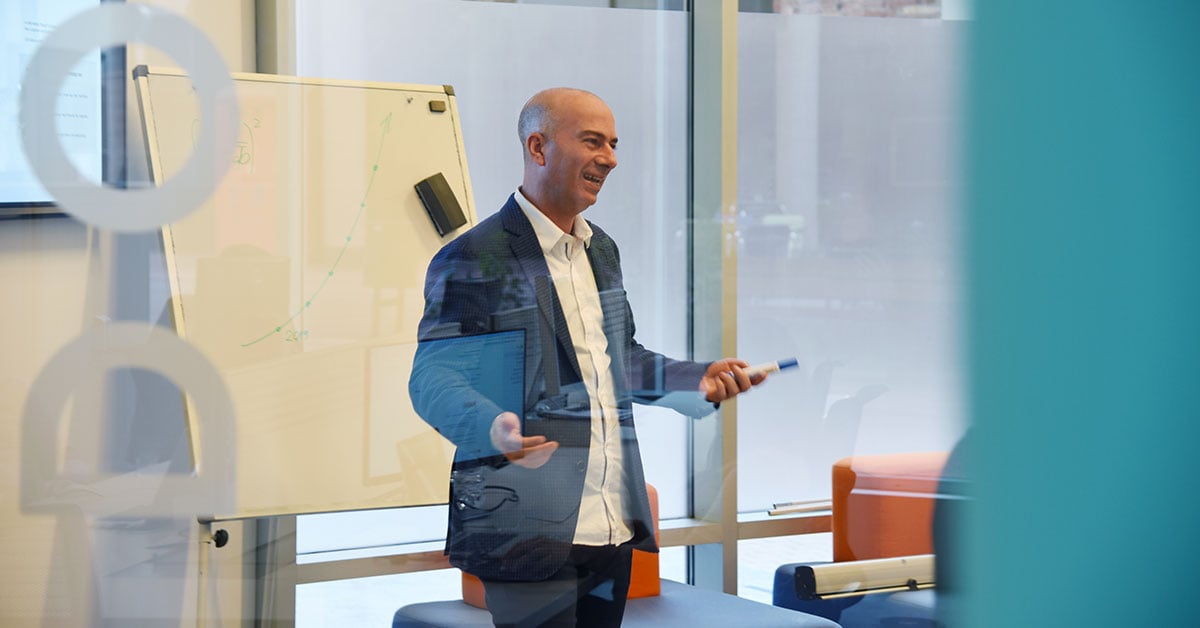 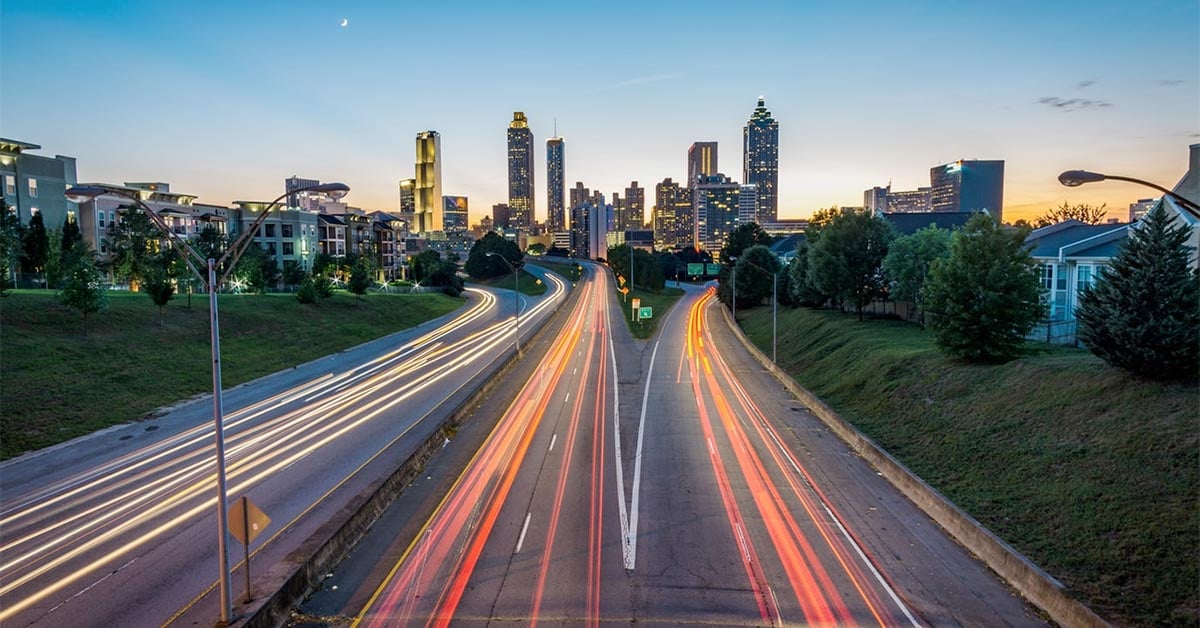